“I’m a housewife in my 50s. I lost my parents in the 2011 Great East Japan Earthquake.
When I was looking for my parents after they went missing in the disaster, I saw small children who were dead.
I’m still anguished by the loss of my parents. I also imagine how these children would feel sad about dying that way. Since that time, my spiritual balance has been disturbed. In a word, I’m a wreck.“

I read that in an article today. Take a moment and think about the pain that woman must feel everyday. Multiply that by the thousands that were equally devastated by that same disaster. Though it’s easy for many of us to forget, they never can. I bring this as a reminder that there are so many hurting people all around us, and not just in Japan. All over the world people are struggling with all kinds of pain.
Of course, I understand that we as Christians often face immense pain as well, but in our pain there is always hope and help from God. I do not say this to diminish the pain felt by so many Christians, for our pain is just as gruesome and terrible. I only wish to convey that their pain does not come with all the help that comes from having a relationship with Christ. They don’t know His love. They don’t know or posses the Comforter. They don’t know the power of prayer. They don’t know to read God’s word and to be helped by it. All of this can be theirs upon accepting Christ as their Savior, but the majority of people across the world have never heard the Gospel.

This is the thought that I really hope sinks into our hearts: What are we doing to help them? I’m not talking about the things we do to ease our consciences about a hurting, lost world. I’m asking what part of your life have you given to help the hurting across the world? We need more people to step up from praying for more laborers for the world to going and being that laborer. Go and take the Good News of the risen Savior to the World.

1. Japanese People will go out of their way to help you.

On multiple occasions we had people stop and in broken English ask if they could help us. On our first full day, with major jet lag, we took a train to Osaka from Tokyo. We switched trains a few times and on our last train I left my camera bag under the seat. A woman ran to us with my camera bag. The train waits at the station briefly. At the expense of her almost missing her train, she brought me my bag. All she had to do was let the train depart and she would’ve had a new camera. 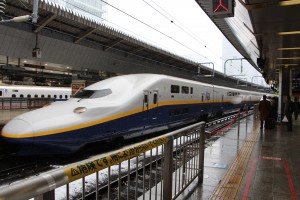 2. Trains in Japan are fast, punctual, everywhere, and fairly cheap.

3. There were very few churches.

We travelled through a ton of Tokyo and other cities. We noticed no churches, other than those we planned on seeing. 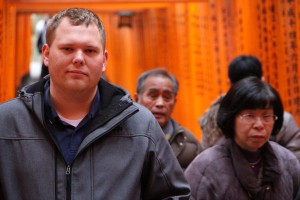 We are loud, tall, and ignorant, at least in terms of their culture. When do we bow? How low do we bow? Is it ok to watch them bow and respond? Why are there shoes by the bathroom!? Adapting to culture is going to take practice and patience.

Nope. When we didn’t have Josh Stanford translating for us. We communicated in broken Japanese, hand signals, nods, and grunts. I’m sure many people looked and laughed! They responded the same way only in broken English. We came across very few people we could carry on in conversation. Learning Japanese is a must!

6. Getting in the wrong language school can really set you back. 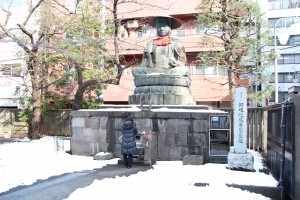 Have you ever noticed how common churches are in the South east? It seems like there is one on every street corner. That’s how idols and shrines seemed in Japan. We were on a random street in Tokyo, and there was a good size temple. I walked onto the grounds and in 15 minutes I watched about 12 people come in to worship and pray. They went to the idol, bowed, rung a bell, threw in some money and then prayed to a rock. A rock carved by human hands.

They’ve heard His name in school. They learned he was a moral teacher or a god among their 8 million. Who needs another god, when you already have 8 million? They need GOD, not another god. Problem is, there are so few avenues for them to hear the Truth. 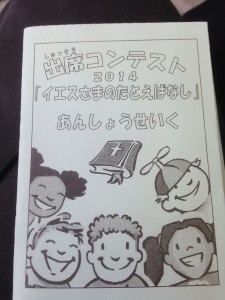 9. They are open to the Gospel

Gift giving (Omiyage) is a major part of Japanese Culture. This goes hand in hand with giving out tracts. To receive a tract (a gift) from someone on the street would be an inconvenience as they would feel obligated to give you something in return. However if they did something for you first (I.E. give directions, return a camera, or pick up a dropped glove), they would have no problem accepting a tract. We were able to give out many tracts as many people tried to help us! Also in Japan, it is not illegal to place tracts in their mail boxes. We were able to place hundreds of tracts into Japanese hands through their mailboxes! We also found that they were open to conversation about life, religion, and more importantly Christ! Now I’m not saying they accepted Christ on the spot, but what I am saying is that they were at least open to hearing the Gospel. The Bible says, “Faith cometh by hearing, and hearing by the Word of God.” If they will hear then…

Every missionary we met had success. People were getting saved and lives were being changed. Some ministries were small and some were large but they were all growing. People were hearing the Gospel. Churches have been started. Leaders have been trained. The Gospel is still the Power of God unto Salvation! As one missionary, who has been in Japan over 50 years, put it, “It can be done in Japan!” 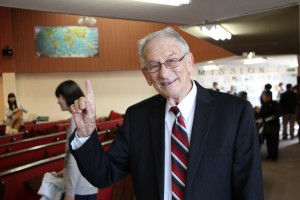 The problem does not lie within the power of the gospel to save or with the Japanese to hear. The problem lies with the few laborers in Japan. “The Harvest truly is plenteous, but the Laborers are few.” Why don’t you pray about joining us?

Daniel Inouye, US Senator from Hawaii, passed away on December 17th, 2012. You’ve probably never heard of him, but he played an important role in US history. As a young man, he wanted to become a surgeon, and after the attack on Pearl Harbor in 1941 he was a medical volunteer caring for the injured.

He wanted to join the Army, but the US placed a ban, preventing Japanese Americans from enlisting. Two years later, in 1943, the ban was dropped, and Daniel left medical school. He excelled in service and rose quickly in rank, and because he lost his right arm in the war, he was unable to continue his medical career.
He became Hawaii’s first Senator, and he was the longest-serving Senator in US history.
I’ll leave you with his Medal of Honor citation from President Bill Clinton:

“Second Lieutenant Daniel K. Inouye distinguished himself by extraordinary heroism in action on 21 April 1945, in the vicinity of San Terenzo, Italy. While attacking a defended ridge guarding an important road junction, Second Lieutenant Inouye skillfully directed his platoon through a hail of automatic weapon and small arms fire, in a swift enveloping movement that resulted in the capture of an artillery and mortar post and brought his men to within 40 yards of the hostile force. Emplaced in bunkers and rock formations, the enemy halted the advance with crossfire from three machine guns. With complete disregard for his personal safety, Second Lieutenant Inouye crawled up the treacherous slope to within five yards of the nearest machine gun and hurled two grenades, destroying the emplacement. Before the enemy could retaliate, he stood up and neutralized a second machine gun nest. Although wounded by a sniper’s bullet, he continued to engage other hostile positions at close range until an exploding grenade shattered his right arm. Despite the intense pain, he refused evacuation and continued to direct his platoon until enemy resistance was broken and his men were again deployed in defensive positions. In the attack, 25 enemy soldiers were killed and eight others captured. By his gallant, aggressive tactics and by his indomitable leadership, Second Lieutenant Inouye enabled his platoon to advance through formidable resistance, and was instrumental in the capture of the ridge. Second Lieutenant Inouye’s extraordinary heroism and devotion to duty are in keeping with the highest traditions of military service and reflect great credit on him, his unit, and the United States Army.”
I often think while he was here in the US did anyone tell him about Jesus? He received the Medal of Honor, but did anyone ever tell him?
Today we remember our soldiers. Those that fought for our freedom. Let’s not forget to be a witness to them.