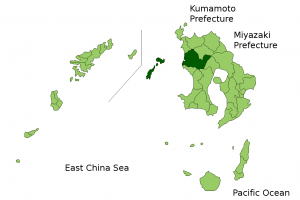 It’s not often that my redneck side is jealous of the Japanese people, but that’s exactly the case after I heard about today’s Key City: Satsumasendai.

The Japanese people have a very well-earned reputation as a very quiet, reserved, even disciplined people. One of their famous sayings has to do with forcing yourself to fit in and not stand out. Perhaps it’s because of this restrictive lifestyle that when they decide to let loose and be crazy, they get redneck crazy. (I knew it wasn’t just southerners!)
On September 22nd of every year, 3000 Japanese men, old and young, rich and poor, descend on the center of the city. They split into even teams to reenact an ancient tradition passed down over the last 400 years… What ancient, stoic tradition, you wonder? Tug of war.
Seriously. The preparations begin as early as 5am, when the children of the city begin rolling the massive rope. It is over 1,000 feet long and weighs in at over 5 tons. By nightfall people from all over the country have arrived by rail to watch the spectacle. For hours, the competitors struggle back and forth, gaining and losing ground, until at last a victor is declared.
This sounds fairly silly, but it reminds me of the spiritual struggle that many of these people don’t even realize is taking place. And the prize is their souls. Satan’s team is full of powerful forces pulling them toward an eternity in hell, while on God’s side, the rope hangs free with no one to pull these 100,730 souls from everlasting torment. Will you join me? Take up this rope in prayer for Satsumasendai City. 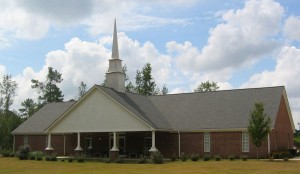 Wednesday night we went to Oconee Baptist Church in Bishop, GA. Pastor Powers and his wife were so kind and met us early to get things set up for the service. As people started coming in, we were welcomed by these loving people. During the service, Pastor Powers had me present our ministry, and we praise the Lord it went well!

We don’t have any children yet, but we were blessed to hear Pastor Powers preach out of Eph. 6:4. I’m thankful to have a Father that brought me up in the nurture and admonition of the Lord, and I pray one day the same can be said of me.

Thank you Pastor Poweres and Oconee Baptist Church for this opportunity, and for sharing in our burden to see Japan reached with the Gopsel!

Today’s key city had very humble beginnings. Shimada was originally a tiny fort on the Oi River protecting the approach to Kakegawa Castle in the late 15th century. Travelers to the castle would have to wait for up to a month before the water levels would be calm and low enough to cross on rafts or even be carried on the back of a coolie (we’d think of that as a common laborer.)

By the end of the following century, Shimada became much more important as a post stop on the famous Tokaido Road, but it wasn’t until the late 1800’s that crossing the Oi River became safe. A popular folk song from that era says:

Even horses can cross eight ri of Hakone, but the Ōi River is hard to get over in any way.

mile!) wooden footbridge across the dangerous landscape. It was called Horai Bridge, and in 1997 it was registered in The Guinness Book of World Records.

Today, the city is much different. Known for its textile manufacturing and green tea production, it’s a prosperous, safe place to live and work. But these 100,276 people don’t realize the danger they are in spiritually. They need someone to go to them and build a bridge unlike any they’ve ever seen before. Shimada needs the Gospel now. Not tomorrow, not next week, not a year from now, they need Christ now! People die everyday, and they spend an eternity in one of two places. Would you pray and ask God if He wants you to be a missionary to this city?