day for our first two weeks in Japan. 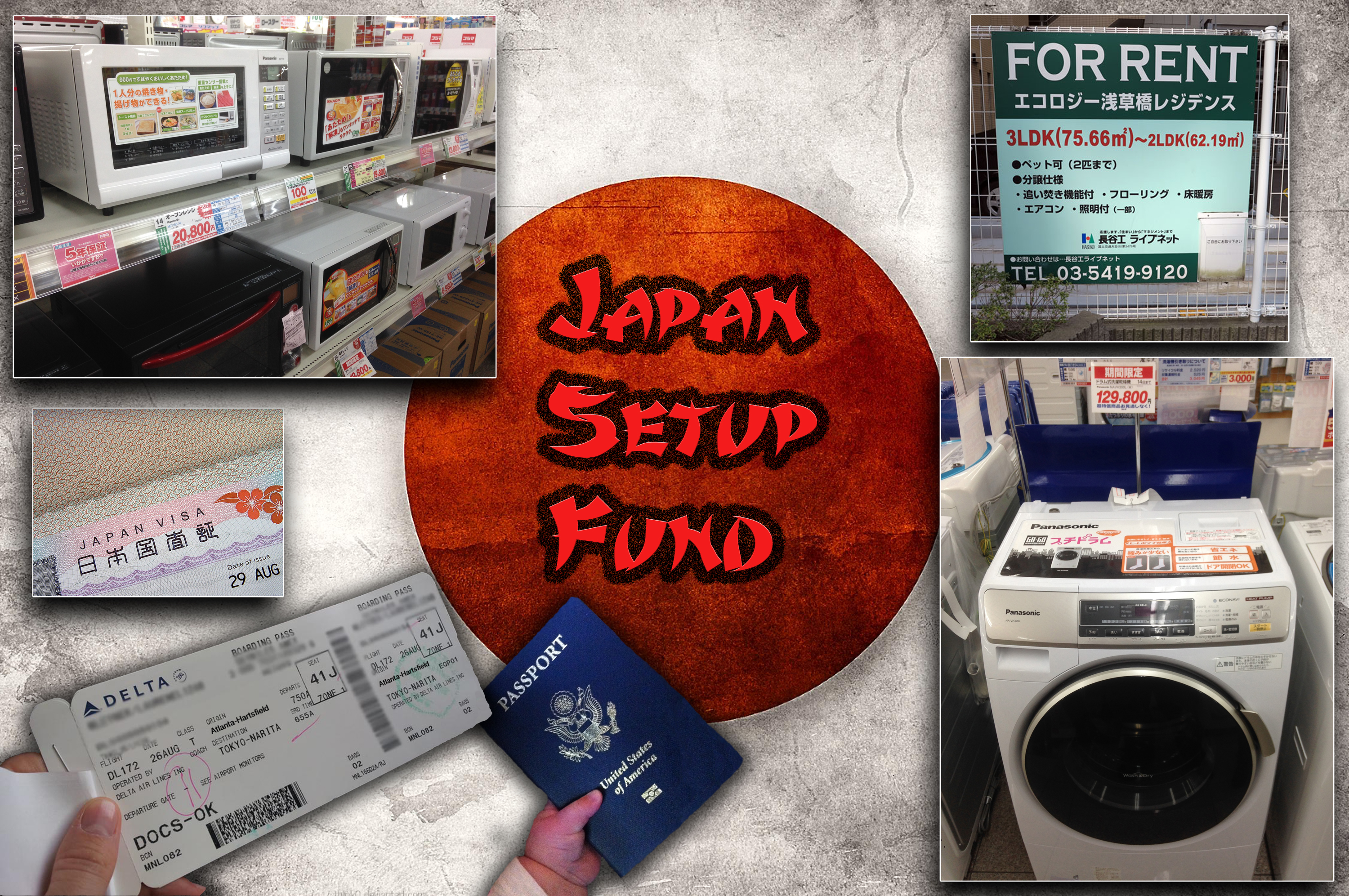 Getting Closer to Japan 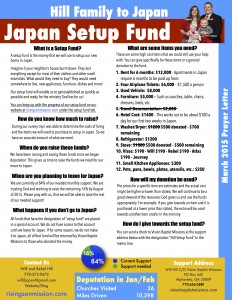 Last week I told you about our setup fund that we need to raise in order to move to Japan. Well, The Lord has already provided some of that fund! Yesterday we received a donation towards the first item on our setup fund list! Thank you to those who have given! If you would like to keep up with our Setup fund progress, click here!

Our monthly support is also getting closer to completion! We are now at 84%. I know I say this frequently, but please pray that we can quickly raise the remaining amount soon! We are just 16% away from leaving!!! Rebel and I cannot wait to be in Japan!

Fujimino is a city in the country of Japan with a population of about 100,00 people. The city contains about 5,000 people per square kilometer. The city is part of the Saitama prefecture which resides about 30 km. from central Tokyo. It is bordered by the three cities: Kawagoe, Fujimi, and Miyoshi; it seems like having a neighboring city with such a similar name to you would raise confusion. This city serves as a reminder of the great emphasis the Japanese people place upon education due to the massive quantities of schools in this city alone: 8 kindergartens, 12 elementary schools, six junior high schools, 2 high schools, and a single university (Bunkyo University). If you are in the area and don’t think that going to one of the many schools would be an advantageous or exciting or wise or whatever reason you may have, decision then you can always go sightseeing , and this city has some great places to go and sights to see. One attraction worth considering would be Oi benten park and bear witness to the beautiful cherry blossoms that litter that area. Two festivals held in the city of Fujimino are the Kamifukuoka Tanabata Festival and the Oi festival. The former involves two types of dancing: Awa Odori and Bon Odori. The latter is a parade of portable shrines known as “mikoshi” that are carried through the city. Here we see a city that values education, a noble pursuit, but such emphasis on education can and, if we allow it, will take our attention and affection off of God. Finally we see the parade of shrines the most obvious and apparent rejection of God. It is important that we keep in mind that over emphasising something that is good, such as education, can be detrimental to our walk with God just as something that is a more blatant rejection of God. Fujimino is a city with over 100,00 people that embrace these idols and are in desperate need of our prayer and in need of men willing to go and preach the gospel of Jesus Christ.