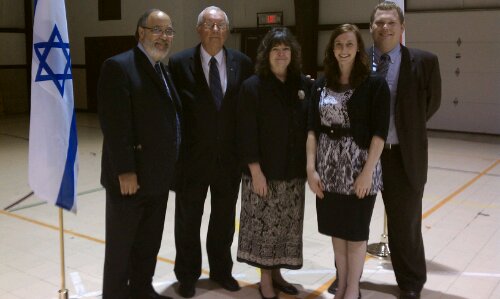 What a wonderful conference we had at Chichester Baptist Church! Pastor Joel Winters was such a blessing to us! We enjoyed the time we spent with them!

Each day Pastor Winters had something special for us to do. We were able to visit Philadelphia and Independence Hall. It’s crazy to see the difference between America then and America now. Each of the founding Fathers were men of character. I saw this quote bellow and made me think how we must be careful not to succumb to the lust of power.

Each night we were able to hear Dr. Philip Sawilowsky teach on the Jewish customs in the Bible and prophecy. It was awesome to get the insight of this saved Jewish preacher! Learn more about his ministry at Olivetreeministry.org and consider having him come to your church.

On Saturday night I was able to preach and present our ministry. It was awesome to see the response of the people. After the service, several people came and asked about Japan!

We had a blast teaching Sunday School and Children’s Church! We will greatly miss you guys! Thank you Pastor Winters and Chichester Baptist for all you have done for us!

Several of the cities we talk about on this blog grew up around forts or castles, and Key City: Mihara is no different. When construction began on Mihara Castle, the population immediately began to multiply. People flocked there for many reasons, not least of which was safety from the wars ravaging Japan at the time.

In 1567 when the castle was completed, the citizens took to the streets dancing in celebration. That celebration is still remembered in a festival called Yassa Matsuri. The young and old gather in the streets, dressed in brightly colored, traditional happy coats. Local businesses shut down, sending their workforces into the parade of dancers. For over 400 years, that first celebration has been reenacted each year.

I wonder why. The castle itself is in ruins. Only three of its original buildings still stand, and the rest of the complex is dilapidated and unrecognizable. The grounds serve no purpose, other than that railroad tracks were built on the foundation. Why would they still celebrate something that has come to such ruin?

Because they remember their history. Their city could never have survived without that castle. The people would have been killed in war or starved in poverty. They owe their existence to that castle, and they know it!

I think back to the church I grew up in. It’s not the same as it was. Many of the people I loved are gone. The buildings have changed over the years. But when anyone asks me about it, I only have the highest praise… because I know that I owe my existence to that church. Just like Emperors in old Japan used castles to influence and interact with their people, God uses his church to reach and change us.

Mihara has an old castle. Most sizable Japanese cities do, but what they need now are some churches!

This October, you will have a chance to experience that same heart-pounding, thrilling journey of Biblical proportions. If you live anywhere near Atlanta or North Georgia, you will want to be there. Bring a friend. Bring your family. Bring your church. You don’t want to miss it.

In anticipation of larger crowds, this event has been expanded to 11 nights. For detailed information and to buy individual or group tickets, visit: http://www.hellsgates.com/